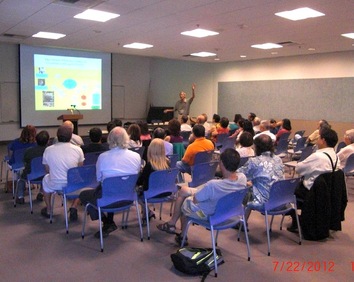 A talk about how I developed a network to provide me with information, contacts, and resources related to Chinese American history that served as the foundation for writing 4 books on the Chinese experience in America. 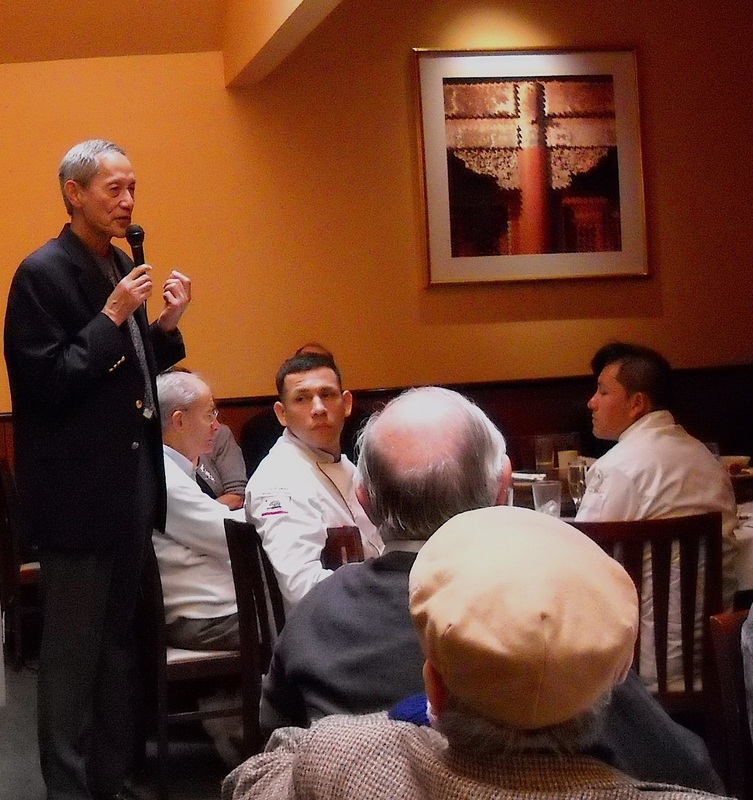 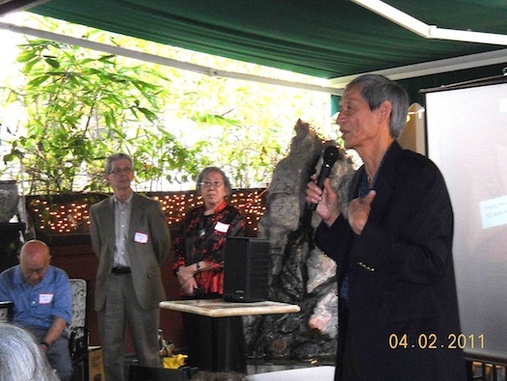 A  A chance to speak about Chinese restaurant history in of all places, a Chinese restaurant in Long Beach, the Forbidden City.  There was a warm reception from over 70 people who came to enjoy a beautiful southern California afternoon on the enclosed waterfront patio and they responded well to the presentation.  What a nice way to celebrate my birthday! 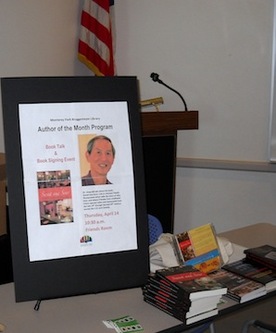 A second opportunity to speak at the Monterey Park Library, this time on Sweet and Sour.... followed by a delicious old style Cantonese lunch nearby with good friends, Woo Tom and Ken Nagashima, and others. 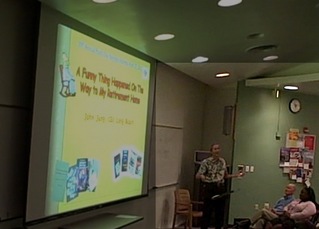 A special venue... on the campus of the university where I taught (Psychology) for 40 years.  I discussed the adventures of my new career as an "ethnographic historian" of Chinese American immigrant businesses in writing four books and going on book tours since retirement.  Rather than presenting the content of these books, I focused on the often unexpected events that I encountered in the course of this endeavor.  Hopefully, they learned that retirement is just a state of mind, and that one must be open to new opportunities and experiences. 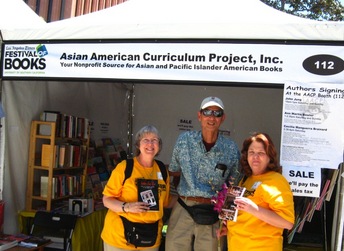 What an event!  Hundreds of book vendors, dozens of authors, and hordes of people in a festive mood on a rather warm weekend.
I met many interesting people, and even some who were curious and/or interested in the topics of my four books.  Most of my buyers were, no surprise, Chinese who had come from laundry, restaurant, or grocery store families.  But I also had two ladies interested in my two books about Chinese in the Deep South! 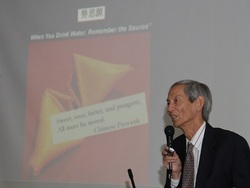 At home to present a talk about Sweet and Sour, the story of the origins of Chinese family-run restaurants in the U. S. and Canada, which had to overcome resistance before the dish, chop suey, piqued the interest and curiosity of non Chinese and led to the acceptance and growing popularity of Chinese restaurants, even though many of them, especially those located in the heartland where there were small Chinese populations, served Americanized Chinese dishes or outright standard American fare such as steaks, pork chops, meat loaf, and apple pie. 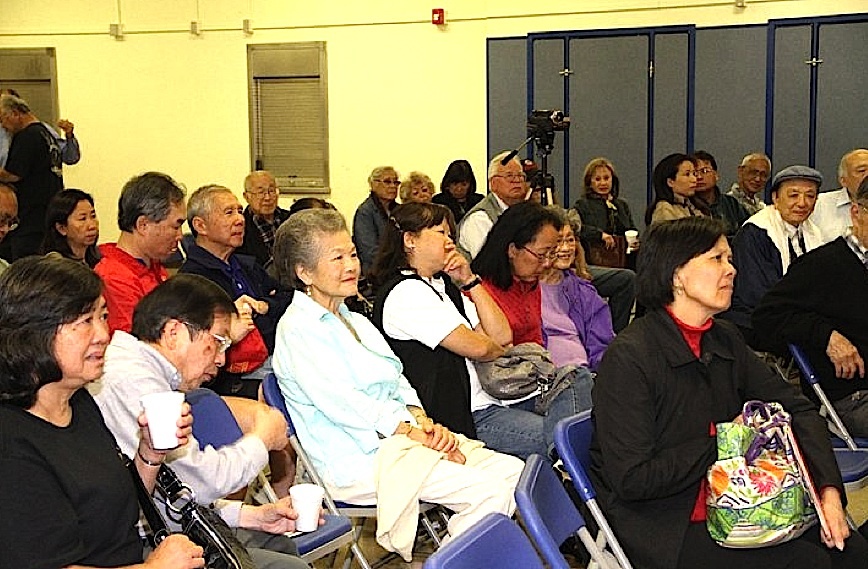 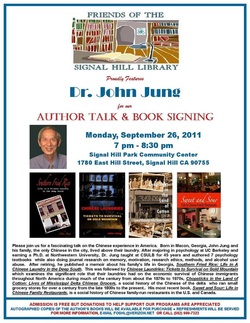 An opportunity to speak in nearby Signal Hill, arranged by Hazel Wallace, who had earlier invited me to speak in Long Beach at the U.S.-China People's Friendship Association. She had attended two of my other presentations on other books at CSU, Long Beach and at Cerritos Library. 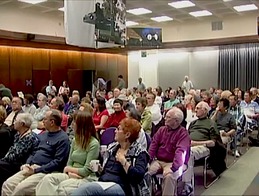 A wonderful opportunity to speak to a nice assembly interested in the history of Chinese family restaurants.  Unlike most of my audiences that are 99% Chinese, there was about an even split of Chinese and non-Chinese present.
A film crew from Xinhua, a tv group based in Beijing asked permission to tape a few minutes of the talk, but they ended up staying for the whole session, and then asking for an interview afterwards.  That was a good omen, but unfortunately it will only be shown in Asia. 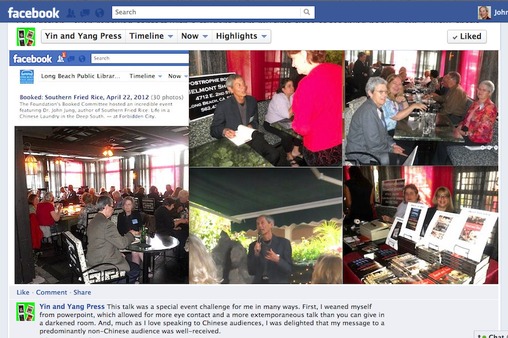 I spoke at a fundraiser event for the Long Beach Public Library Foundation about the development of my retirement career as a public historian of Chinese American experiences in family-run businesses such as laundries, restaurants, and grocery stores. 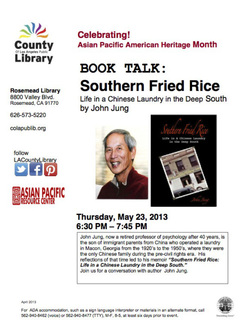 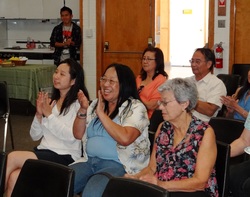 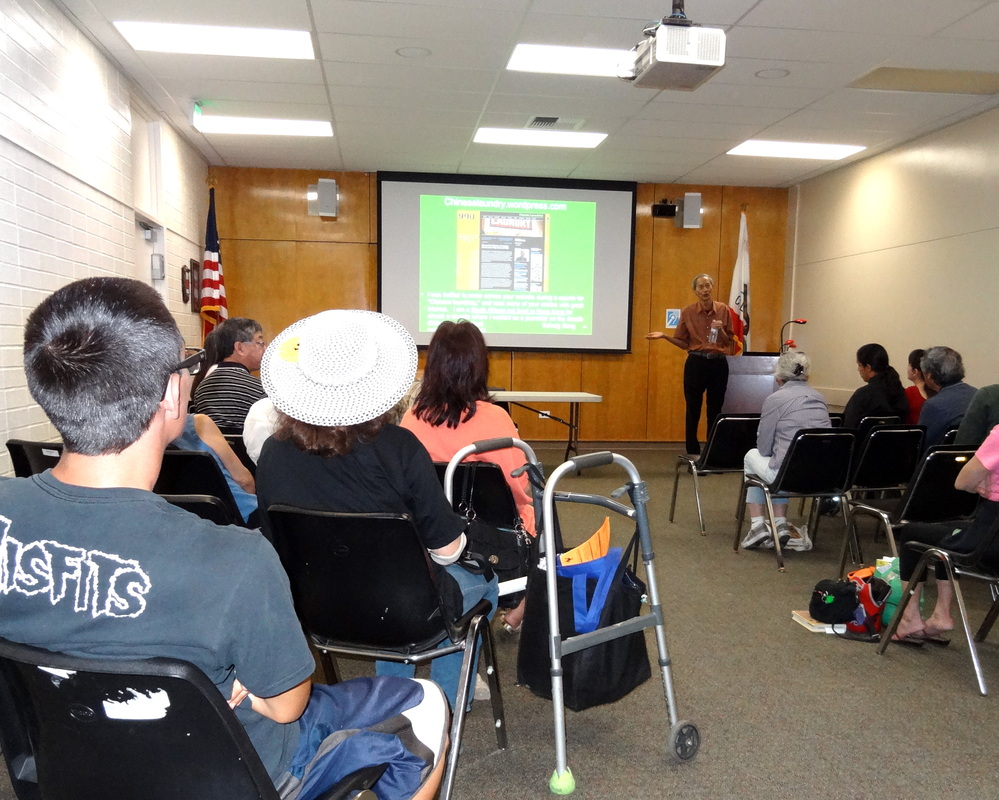