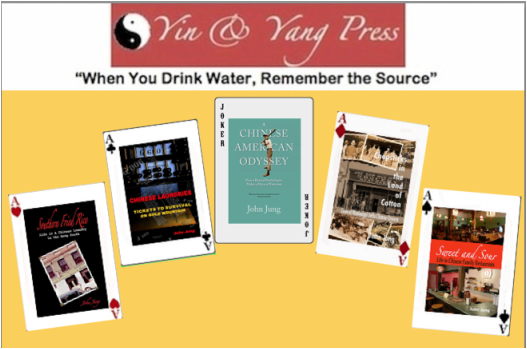 What is Yin and Yang Press and How Did It Begin?

My parents immigrated from China in the 1920s to Macon, Georgia.  Our family, the only Chinese in town while we lived there until the early 1950s, operated a laundry. As everyone else in Macon was either black or white, I did not form a firm Chinese identity in those days before the civil rights era started.

My Chinese identity continued to be weak partly because I lived and worked in a mostly white world, and only began to emerge when I was about to retire from a long career as a Professor of Psychology.   At that time, I was thinking about writing a memoir about the experiences we had living in Georgia. There were few  written accounts of the lives of Chinese outside of places where there were many Chinese. It was as if isolated Chinese in regions like the Deep South didn’t exist or were assumed to be just like Chinese in urban Chinatowns.  That gap inspired me to write about how such cultural isolation affected us and I developed a website to test ideas that I could incorporate later into a memoir. However, neither of the two established publishers I later contacted felt, perhaps correctly, they could make a profit with the book based on their market research.

Undaunted, I created Yin and Yang Press, my own “publishing company” out of thin air using  print-on-demand (POD) technology, which levels the playing field for writers who are willing to do-it-yourself: writing, marketing, distributing, etc. Not having a big publishing company to pay for marketing and advertising, I devised creative ways to give talks and hold book signings to promote my books all over the U.S. (see list near end of this page) with very positive and encouraging reactions.  I then determined to go it alone.

A Small Request for Your Help
If you agree with the goals of my books, and find my work of value, you can help publicize it by FORWARDING THIS LINK in an e-mail to anyone in your network that you think would benefit from it.   Thanks in advance,

Southern Fried Rice: Life in A Chinese Laundry in the Deep South 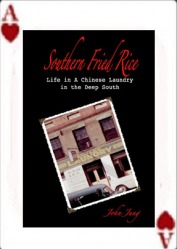 Southern Fried Rice: Life in A Chinese Laundry in the Deep South is a memoir that describes our family's isolated existence running a laundry in the American South in a town where we were the only Chinese during a time when Jim Crow segregation prevailed, enduring loneliness as well as racial prejudice for over 20 years, why and how we moved across the continent to live in a Chinese community, and how each family member adjusted to the challenges and opportunities of their new lives.The story holds valuable lessons not just for Chinese Americans, but peoples of any group who are cut off from their ethnocultural roots. 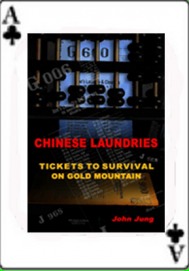 Writing Southern Fried Rice, I learned much about the history of Chinese in North America that I was never taught in school such as the critical role of the laundry business for Chinese during much of the past century. Although I grew up in a laundry, I had not previously known that the vast majority of the early Chinese had few work options other than laundries.  I gained a deeper understanding and appreciation of the hard lives of laundrymen that led me to write, Chinese Laundries:  Tickets to Survival on Gold Mountain, in tribute.  Several Chinese who also grew up in their family laundries contributed accounts of their experiences, which greatly enriched the book.

Chopsticks in the Land of Cotton:
Lives of Mississippi Delta Chinese Grocers 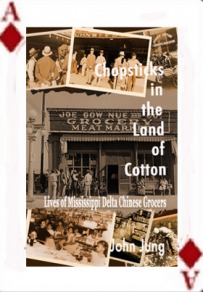 After writing CHINESE LAUNDRIES, I had no plans to write any other book on Chinese American history.  However, at a talk I gave in Los Angeles on Southern Fried Rice, Roland Chow, a local Chinese from the Mississippi Delta in the audience urged me to consider writing about the Delta Chinese who almost all ran grocery stores to mostly serve blacks who worked in the cotton fields during much of the early part of the last century. At first, I was unsure if I could do justice to this topic, but after background research and interviews with many helpful Chinese in or from the Delta, I decided that it was important to help record the story of a unique Chinese community and how it managed to survive and wrote:
Chopsticks in the Land of Cotton: Lives of Mississippi Delta Chinese Grocers. 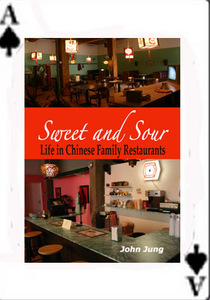 Another Chance Encounter Led
to A Fourth Book

Once again, just when I thought I had nothing else to write about Chinese American history I met William Lee at a 2008 talk I gave at a Chinese church in Northridge, CA. He suggested that I do a book on the history of Chinese restaurants. Limiting the scope to family-run restaurants, I persuaded myself I could do it. It also fit the goal of my other books to record the life experiences of self-employed Chinese immigrants.

Sweet and Sour examines the history of Chinese family restaurants in the U.S. and Canada. Why did many Chinese immigrants enter this business around the end of the 19th century? What conditions made it possible for Chinese to open and succeed in operating restaurants after they emigrated to North America? How did Chinese restaurants manage to attract non-Chinese customers, given that they had little or no acquaintance with the Chinese style of food preparation and many had vicious hostility toward Chinese immigrants?
The goal of Sweet and Sour is to understand how the small Chinese family restaurants functioned. Narratives provided by 10 Chinese who grew up in their family restaurants in all parts of the North America provide valuable insights on the role that this ethnic business had on their lives. Is there any future for this type of immigrant enterprise in the modern world of franchised and corporate owned eateries or will it soon, like the Chinese laundry, be a relic of history. 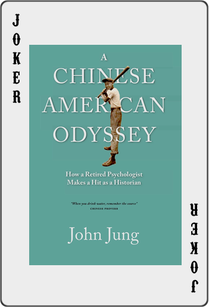 A Chinese American Odyssey How a Retired Psychologist Makes a Hit as an Historian is a  writing memoir that describes the  discoveries, many unexpected, about  Chinese American history that I had after I retired  from a 40+ year career as psychology  professor and reinvented myself as a  public historian of Chinese in America.   The memoir serves as a behind-the-  scenes look at the processes involved  in researching, writing, publishing, and  promoting books.
​

First, as I get older I have “become more Chinese,” and proud of it, just by learning what earlier generations of Chinese went through. Society has long made fun at the expense of Chinese, making some of us uncomfortable at being whom we are.  By writing and talking about these aspects of our history, I hope other Chinese, and their children, will have greater awareness and appreciation of their heritage.

Second, during my talks around the country, I have met many remarkable Chinese. I found many of their family stories are much more ‘interesting’ and complex than mine.  I have also been able to ‘reconnect’ many Chinese with their past friends and family through meeting and talking with them.  I soon realized that I wasn’t telling my audiences much that most of them didn’t already know. So why did they come?  Long overlooked, I think they valued the recognition someone was giving them  in telling stories similar to their own. I hope my example will encourage some of them to write and publish their own experiences.

Third, Chinese, young and old, whether from mainland, Taiwan, or Guangdong, all need to know the history of Chinese in North America because to non-Chinese, we all ‘look alike.’  Even if your roots are not from Guangdong, if you are Chinese, or just look Chinese, you will be treated as Chinese, for better or for worse. Some Chinese today, ignorant of the past, bask in the current acceptance of Chinese.  They think we have it made. History, however, tells us that any future negative U.S. attitudes toward China will adversely impact all Chinese irrespective of which part of China they came from or if they were born here.